Walking with the Emperors

Walking with the Emperors

the Markets of Trajan and the Imperial Fora Museum

Ancient Rome was not only the Colosseum!
Few steps from the amphitheater, you can admire remains of shrines and plazas built by Roman Emperors between the I BC and the II AD.
This complex (called Imperial Fora) can be seen on both sides of the modern Via dei Fori Imperiali, the road created by Mussolini in the 1932’s to host military parades.
We’ll visit the Markets of Trajan, built by the architect Apollodoros to be probably a public office more than a covered market: this site hosts the Museum of Imperial Fora, a little but well managed site with interesting architectural models and original decorative elements from the Fora.
You’ll never forget the view from the terrace 🙂
Using books and reconstructions, we’ll stare at the remains of the Temple of Venus (Caesar), the Temple of Mars (Augustus) and the Basilica Ulpia of Trajan.
We’ll talk about the Trajan Column, an incredible work of art and an important document for the Roman history:190 meters of marble frieze, describing episodes from the Dacian Wars. 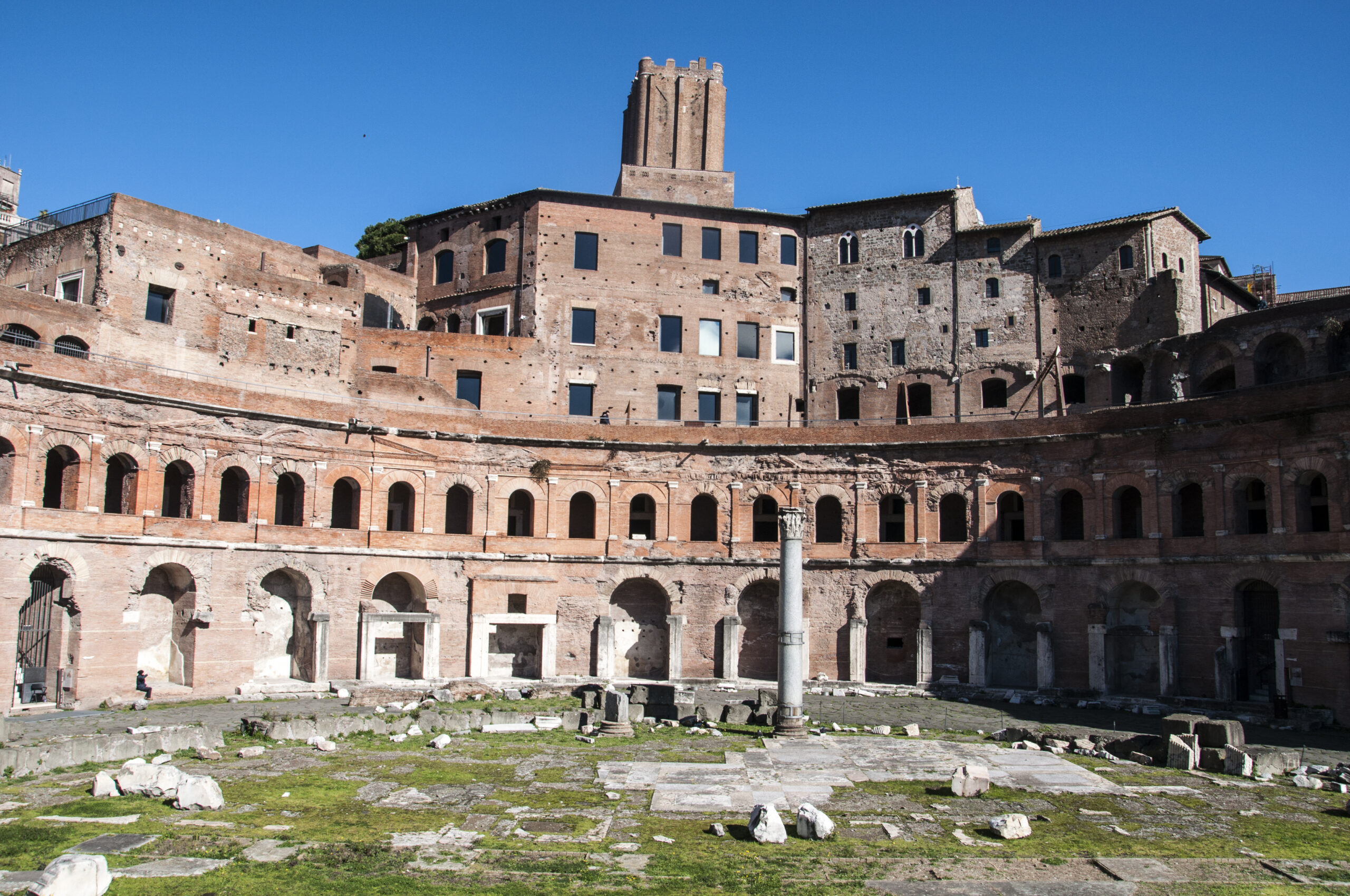 Museum of the Fora Imperiali

-This tour is partially outdoor. Tour is provided even in case of light rain since we can use umbrellas and raincoats. In case of heavy showers we can choose together to change the itinerary and do a museum/church instead of the walk along the Imperial Street. - the Trajan's Markets are closed on the 1st of January, 1st of May, 25th of December. - If interested, we can change the schedule and add the Roman Forum for a 4 hours tour.